Today I am excited to have Megan Duncan, author of a few series that I really enjoyed (her "Chaos" series and her "Warm Delicacy" series), stop by the blog for an interview in celebration of her newest release "Chaos"!

From Goodreads: "Is any shot at living, worth dying for?

They thought they’d be safe, but a world ruled by chaos doesn’t die easily.

When Max turned on the radio transmissions assuring safety, they came. But, it wasn’t just survivors of the demon apocalypse that crawled their way into the abandoned military base. A myriad of beastly demons unlike any they’ve ever seen, came as well. Abby, and her companions, struggle to survive as the evil around them grows. Desperate to endure, and to defend their fellow survivors, Abby and a squad of fierce fighters, take on a dangerous mission that has deadly consequences."

CHAOS is the second book in your AGENTS OF EVIL series- did you find yourself having an easier time writing CHAOS or did you find it easier writing RELEASED?

Surprisingly, Chaos was easier for me to write than Released. I spent a lot of time outlining my characters and the story, so I knew how everything was going to play out.

I also started doing visual outlines with Chaos, which helped me to really see the settings and characters as well as the creatures in this book. I've continued to use this technique cause I liked it so much.

Since Released was my very first self-pubed book, I put a lot of pressure on myself and I think that made it hard for me to connect with my muse. Since then I've learned to relax a bit, and let the story flow freely.

Is your AGENTS OF EVIL series planned to be a trilogy?

The Agents of Evil series is definitely going to be a trilogy. Book 3 is already titled, Vengeance. I have also been mulling around the idea of a fourth book, or even a spin-off novella series.

What are some upcoming projects that you are working on?

I've actually got quite a few upcoming projects. I tend to work on several things at once. I'm currently writing the third book in my vampire series (Devour, Warm Delicacy Series), and on the side I am writing my very first love story.

How did you come to the decision to self-publish?

I came to the decision of being self-published about two years ago. I'd sent countless query letters, and have even been duped by fake publishing agencies before I realized that I didn't have to publish the traditional way. Knowing that I could have 100% creative control of my work and have the freedom to write what I wanted to made the decision of being an indie an easy one.

Being a self-published author what impact (if any) have book bloggers had on your career?

I think Book Bloggers are a vital part of being an indie. Without bloggers I wouldn't have anywhere near the number of fans or the visibility. Bloggers are my heroes in the indie community. Not only do they help to bring an authors book to the readers, but they are also great friends and caring, supportive people. I wouldn't be where I am without them.

Do you read reviews? If so, how do you respond to negative (or not-so-nice) reviews?

At first I read every single review on each of my books. When they were good they made my day and I was the happiest girl on the planet, but when they weren't so good I took it hard. It's been a difficult journey for me to understand that people's opinion won't always be positive and I shouldn't take it to heart. I'm still working on not letting it hurt my feelings, and trying to remember that with each book I am only getting better and growing as a writer.

Any advice for aspiring authors?

The best advice I can give is 'just do it'! Don't let anyone tell you that you can't follow your dreams.

I would just like to thank everyone who has read my books, those who've written reviews, hosted me on their blogs or shared me on Facebook and Twitter. Each and every one of you make being a writer that much more wonderful. Your love and support make each word have so much more meaning in my writing. Thank you for taking a chance on a girl with a dream, and I pray that I can continue to entertain you with my stories.

Love triangles? When they are unexpected, absolutely YAY

Music while writing? Yay and Nay, sometimes music makes the words flow and sometimes it stops them

Endings that rip your heart out? Yay, nothing like a good heart wrenching to leave you pinning for the next book

Distractions while writing? Nay... although I feel like I am always getting distracted. I literally have to turn my phone off to get any writing done 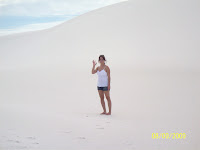 About the author:
Megan Duncan is a lover of all things paranormal, fantasy, sci-fi and anything just out of the ordinary. She is continually fighting her addiction to chocolate and living in her overactive imagination.
You can find Megan at:
Facebook/ Website/ Twitter