Blog Tour and GIVEAWAY: "Wait For You" by J. Lynn

From Goodreads: "Some things are worth waiting for…

Traveling thousands of miles from home to enter college is the only way nineteen-year-old Avery Morgansten can escape what happened at the Halloween party five years ago—an event that forever changed her life. All she needs to do is make it to her classes on time, make sure the bracelet on her left wrist stays in place, not draw any attention to herself, and maybe—please God—make a few friends, because surely that would be a nice change of pace. The one thing she didn’t need and never planned on was capturing the attention of the one guy who could shatter the precarious future she’s building for herself.

Some things are worth experiencing…

Cameron Hamilton is six feet and three inches of swoon-worthy hotness, complete with a pair of striking blue eyes and a remarkable ability to make her want things she believed were irrevocably stolen from her. She knows she needs to stay away from him, but Cam is freaking everywhere, with his charm, his witty banter, and that damn dimple that’s just so… so lickable. Getting involved with him is dangerous, but when ignoring the simmering tension that sparks whenever they are around each other becomes impossible, he brings out a side of her she never knew existed.

Some things should never be kept quiet…

But when Avery starts receiving threatening emails and phone calls forcing her to face a past she wants silenced, she has no other choice but to acknowledge that someone is refusing to allow her to let go of that night when everything changed. When the devastating truth comes out, will she resurface this time with one less scar? And can Cam be there to help her or will he be dragged down with her?

And some things are worth fighting for…"

As many will know from my proclamations of it over and over again Jennifer L. Armentrout (writing, in this instance, as J. Lynn) is one of my most favourite authors of all time- essentially I think that she has the Midas touch of writing, everything she writes turns to gold. However, I must admit that this is my least favourite of hers. However, that is to not say that it is bad.

My largest complaint about this book is it uniqueness. Namely, I think that it is entirely lacking in it. I have consumed what might be considered an unhealthy amount of New Adult (NA) as of late and I found this to be far too similar to what is already out there on the market (Chelsea Cameron's "My Favourite Mistake", especially). Essentially this book has all of the tropes associated with the NA genre- there is a female character who is broken thanks to something that happened to her in her past (something stemming from an encounter with a male), a playerish, "bad boy" male with tattoos dripping off of his eight pack, snarky and witty banter between the two in their love/ hate relationship, the eventual falling into one another's bed (where they stay for MUCH of the novel), everything perfectly wrapped up at the end of the novel, almost as if presented with a fancy bow, and a glaringly obvious set-up for a companion novel.

That being said, I really did enjoy the characters- Cam, especially. He was beyond sweet, caring, and understanding, oftentimes when he didn't have to be due to the way in which Avery treated him. I also did really enjoy the secondary characters, Brit, Jacob, and Ollie- I thought that they brought a much needed lightness/ humor to the novel. Additionally, this book is HOT- one of the hottest NAs that I have ever read before.

All in all, as becomes evident, despite my complaints I did still quite enjoy this novel and I can foresee it hitting bestseller lists within a few days of its release. I am excited to learn that this will potentially be expanded into a series, the two companion novels featuring Ollie and Jase respectively (Jennifer recently has said that she has some ideas floating around in her head, though nothing is yet set in stone), and I think that fellow NA readers will agree with me once they meet these characters (once you meet these characters you don't want to have to say goodbye to them, you want to drag out your interactions with them for as long as possible)! I have high hopes (as I have found with all of JLA's book series that I have read to date) that each book will get progressively better and better!


I received this book from the author to read and honestly review. I was not compensated in any way for said review. 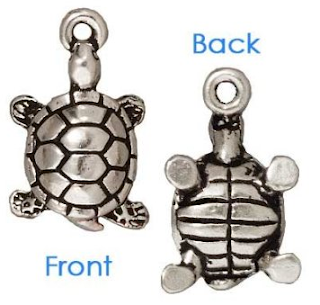 As part of the blog tour Jennifer and Valerie (Stuck in Books) have been kind enough to offer up for grabs a turtle charm, to one lucky winner- if you've read the book you will know about the significance of this turtle! US Only. Fill out the rafflecopter below to qualify!

a Rafflecopter giveaway
Posted by Avery at 12:00 AM