On My Wishlist is a great event that Book Chick City runs every Saturday. It's where you list all of the books that you desperately want but haven't actually bought yet. They can be old, new or forthcoming. I thought that this was a fantabulous idea so I thought I would join in!

From Goodreads: "Humanity, like computers, can be upgraded.  And old versions disappear. . . .

At some unspecified point in the future, when technology is as advanced as possible and we are a race of super beings, some old audio tapes are discovered.  On the tapes is the story of fourteen-year-old  Kyle Straker.

Hypnotized, Kyle missed the upgrade of humanity to 1.0.  He isn't compatible with our new technology. And through the recording, he narrates what the upgrades really mean.  And it's absolutely terrifying. 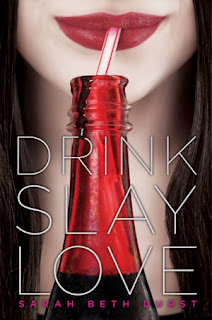 From Sarah's Website: "Pearl is a sixteen-year-old vampire... fond of blood, allergic to sunlight, and mostly evil... until the night a sparkly unicorn stabs her through the heart with his horn. Oops.

Her family thinks she was attacked by a vampire hunter (because obviously unicorns do not exist), and they're shocked she survived. They're even more shocked when Pearl discovers she can now withstand the sun. But they quickly find a way to make use of her new talent. The Vampire King of England has chosen Pearl's family to host his feast. If Pearls enrolls in high school, she can make lots of human friends and lure then to the King's feast- as the entrees.

The only problem? Pearl's starting to feel the twinges of a conscience. How can she serve up her new friends- especially the cute gu ywho makes her fangs ache- to be slaughtered? Then again, she's definitely dead if she lets down her family. What's a sunlight-loving vamp to do?" 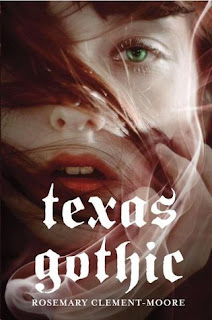 From Goodreads: "Amy Goodnight's family is far from normal. She comes from a line of witches, but tries her best to stay far outside the family business. Her summer gig? Ranch-sitting for her aunt with her wacky but beautiful sister. Only the Goodnight Ranch is even less normal than it normally is. Bodies are being discovered, a ghost is on the prowl, and everywhere she turns, the hot neighbor cowboy is in her face."

PS. Don’t forget to enter my giveaway of Sean Beaudoin’s “Going Nowhere Faster”!
Posted by Avery at 10:19 AM