On My Wishlist is a great event that Book Chick City runs every Saturday. It's where you list all of the books that you desperately want but haven't actually bought yet. They can be old, new or forthcoming. I thought that this was a fantabulous idea so I thought I would join in!
~~~~~~~~~~~~~~~~~~~~~~~~~~~~~~ 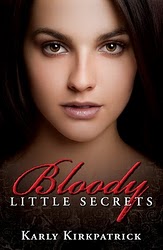 From Goodreads: "17-year-old Vicky Hernandez has a big problem. She's dead. Or not quite. After discovering she's been turned into a vampire, she tries to settle into a quiet suburb of Chicago and return to a normal life. If only she could stop wanting to bite her boyfriend. Not to mention she is dying to find out who turned her, and why. She doesn't have to wait long before they come to her." 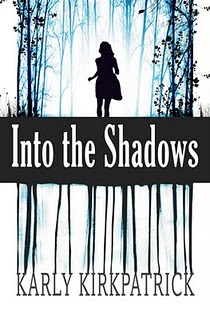 "Into the Shadows" by Karly Kirkpatrick

From Goodreads: "Paivi Anderson has it all: friends, a spot on the varsity basketball team, wonderful parents, and quite possibly, her first boyfriend. It was everything a freshman in high school could ask for. Her perfect life begins to crumble when she discovers her name on a list distributed by a power-hungry presidential candidate. How could anyone think of Paivi as an Enemy of the State? Could it be because of her special powers? No one was supposed to know about them, but the mysterious messages in her tater tots say otherwise. In INTO THE SHADOWS, Paivi quickly learns who her friends are and is forced into a reality she didn't see coming."
~~~~~~~~~~~~~~~~~~~~~~~~~~~~~~ 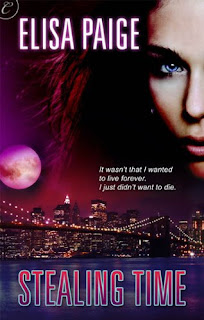 From Goodreads: "When artist James Wesley realizes Evie Reed is dying, he is so moved by the beautiful reporter's determination to live that he makes her immortal-a vampire, like him. She's the woman he's been waiting over 150 years for. Though initially shocked by the change, Evie quickly embraces her second chance at life, and love.

Just as James and Evie begin to define eternity together, a zealot breaks an ancient treaty, threatening a peace between humans and vampires that has stood for a thousand years. And when he focuses his hatred on Evie, the immortal lovers find themselves swept up in a deadly supernatural war..."