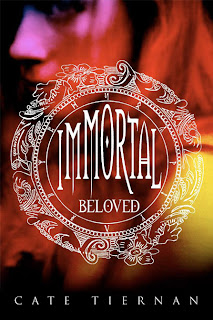 From Amazon: "Nastasya has spent the last century living as a spoiled, drugged-out party girl. She feels nothing and cares for no one. But when she witnesses her best friend, a Dark Immortal, torture a human, she realizes something's got to change. She seeks refuge at a rehab for wayward immortals, where she meets the gorgeous, undeniably sexy Reyn, who seems inexplicably linked to her past.

Nastasya finally begins to deal with life, and even feels safe--until the night she learns that someone wants her dead. 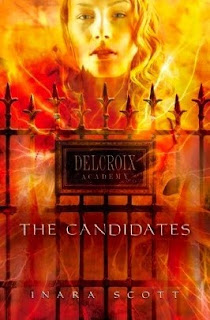 From Amazon: "Dancia Lewis is far from popular. And that’s not just because of her average grades or her less-than-glamorous wardrobe. In fact, Dancia’s mediocrity is a welcome cover for her secret: whenever she sees a person threatening someone she cares about, things just...happen. Cars skid. Structures collapse. Usually someone gets hurt. So Dancia does everything possible to avoid getting close to anyone, belieiving this way she can supress her powers and keep them hidden. But when recruiters from the prestigious Delcroix Academy show up in her living room to offer her a full scholarship, Dancia’s days of living under the radar may be over. Only, Delcroix is a school for diplomats’ kids and child geniuses--not B students with uncontrollable telekinetic tendencies. So why are they treating Dancia like she’s special? Even the hottest guy on campus seems to be going out of his way to make Dancia feel welcome. And then there’s her mysterious new friend Jack, who can’t stay out of trouble. He suspects something dangerous is going on at the Academy and wants Dancia to help him figure out what. But Dancia isn’t convinced. She hopes that maybe the recruiters know more about her “gift” than they’re letting on. Maybe they can help her understand how to use it...But not even Dancia could have imagined what awaits her behind the gates of Delcroix Academy."

Whats on your wishlist?

PS. Don't forget to check out my fantabulous first giveaway!