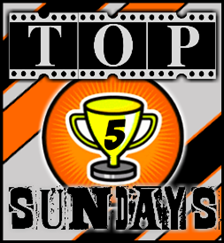 Top 5 Sundays is a weekly blog meme created by Larissa at Larissa's Bookish Life.
Here's a little info about the meme taken from Larissa's blog:
Every Sunday I will post a TOP 5 list on the blog. It can be about anything and every week I'll have a new theme {You can vote on next week’s theme on my left sidebar!} and I will ad the Mr.Linky bellow the post so you can do a list with the theme and add you link to it.
Rules:
1 - Write a post listing your TOP 5 choices within the theme I chose (or was chosen on a poll) for the week.
2 - Mention this Blog on the post and link back to it.
3 - Fell free to use the Feature's image (there is a smaller size version of it bellow)
4 - After you've finished your post, add you link (of the post, not your blog's main page) to the Mr.Linky at the end of that week's post.
5 – If you don’t have a blog to post, just leave your list in the comments =)
This week's theme is: Best Books {Series} of 2010!
(and just a side note, these are in no particular order...)

"Shift" and "Alpha" by Rachel Vincent, books 5 and 6 of the "Shifter's" series 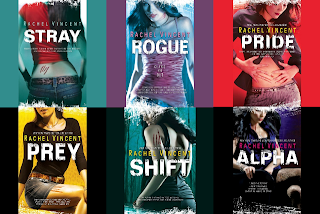 So believe it or not, but I only jumped on the Kelley Armstrong bandwagon this year (I know, I know, she has only been around for forever and she has only written a ton of books)... I love all of her books, though especially her "Darkest Power" series. Since I learned of Kelley this year, I have honestly read each book in this series at least 6 times. I am a total Derek girl and love him so much (and you know, the rest of the gang, Simon, Chloe, and Tori). I was really sad to see this series end with "The Reckoning", but thank goodness Kelley is writing another trilogy that corresponds with this series!
"Waking The Witch" by Kelley Armstrong, book 11 of "The Women of the Otherworld" series 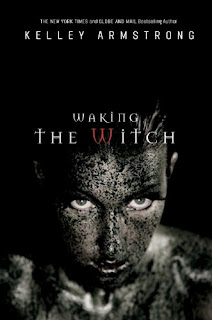 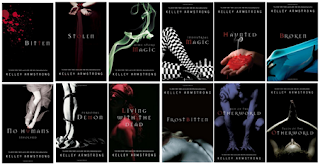 Okay, so I didn't actually think that "Waking the Witch" was the best book in the series (that title would go to either one of Elena's stories or one of the anthologies IMO), but I still really enjoyed this book! I loved seeing Savannah grow throughout the series and thought that it was amazing that she got her own book!
"Spirit Bound" and "The Last Sacrifice" by Richelle Mead, books 5 and 6 of the "Vampire Academy" series 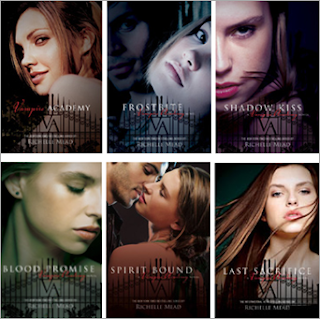 Man, now that I think about it 2010 kinda sucked for book series. Why am I thinking that? Well... BECAUSE ALMOST EVERY FRIGGIN' AMAZING SERIES ENDED! So the "Vampire Academy" series also ended with "The Last Sacrifice" (which I just reviewed a few weeks ago) and I thought that it was the perfect ending to a great series... I cannot wait to get my hands on the spin-off book, "Bloodlines", which comes out next August!

I love this series and for everyone out there who is debating whether or not to read this series, READ IT! Seriously, I think that you are missing out by not reading it... Dru is such a strong female character with a whole cast of lovable guys like Graves, Christoph, Dibs and Shanks.