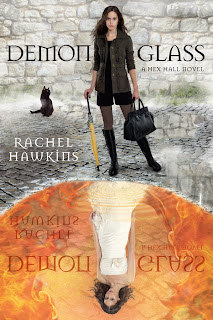 I just finished reading "Hex Hall" by Rachel Hawkins the other day (I will have a review of it up soon) and I cannot wait for the next book in the series, "Demonglass", which is being released Feb 22 2011- so not that fair away!

From Amazon: "Sophie Mercer thought she was a witch.

That was the whole reason she was sent to Hex Hall, a reform school for delinquent Prodigium (aka witches, shapeshifters, and fairies). But that was before she discovered the family secret, and that her hot crush, Archer Cross, is an agent for The Eye, a group bent on wiping Prodigium off the face of the earth.

Turns out, Sophie’s a demon, one of only two in the world—the other being her father. What’s worse, she has powers that threaten the lives of everyone she loves. Which is precisely why Sophie decides she must go to London for the Removal, a dangerous procedure that will destroy her powers.

But once Sophie arrives she makes a shocking discovery. Her new friends? They’re demons too. Meaning someone is raising them in secret with creepy plans to use their powers, and probably not for good. Meanwhile, The Eye is set on hunting Sophie down, and they’re using Acher to do it. But it’s not like she has feelings for him anymore. Does she?"
~~~~~~~~~~~~~~~~~~~~~~~~~~~~ 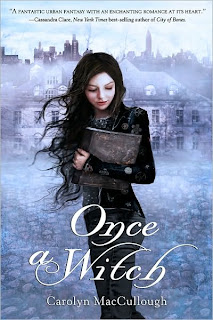 I just randomly came across "Once a Witch" by Carolyn McCullough which has already been out for awhile, so that's great because I won't have to wait for it!

From Amazon: "Tamsin Greene comes from a long line of witches, and she was supposed to be one of the most Talented among them. But Tamsin's magic never showed up. Now seventeen, Tamsin attends boarding school in Manhattan, far from her family. But when a handsome young professor mistakes her for her very Talented sister, Tamsin agrees to find a lost family heirloom for him. The search--and the stranger--will prove to be more sinister than they first appeared, ultimately sending Tamsin on a treasure hunt through time that will unlock the secret of her true identity, unearth the sins of her family, and unleash a power so vengeful that it could destroy them all. 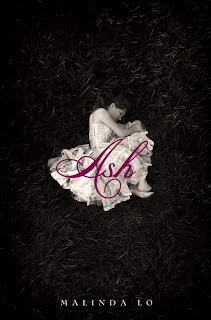 I always love a good retelling of a classic, so I think that "Ash" by Malinda Lo looks very intriguing.

From Amazon: "In the wake of her father's death, Ash is left at the mercy of her cruel stepmother. Consumed with grief, her only joy comes by the light of the dying hearth fire, re-reading the fairy tales her mother once told her. In her dreams, someday the fairies will steal her away, as they are said to do. When she meets the dark and dangerous fairy Sidhean, she begins to believe that her wish may be granted.

The day that Ash meets Kaisa, the King's royal Huntress, her heart begins to change. Instead of chasing fairies, Ash learns to hunt with Kaisa. Though their friendship is as delicate as a new bloom, it reawakens Ash's capacity for love-and her desire to live. But Sidhean has already claimed Ash for his own, and she must make a choice between fairy tale dreams and true love.

Entrancing and romantic, Ash is an empowering retelling of Cinderella about the connection between life and love, and solitude and death, where transformation can come from even the deepest grief."

Well that's it for my wishlist- what's on yours?!?