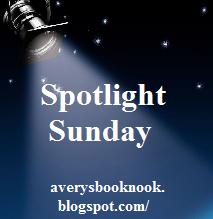 This week I have decided to shine a spotlight on author Aprilynne Pike! 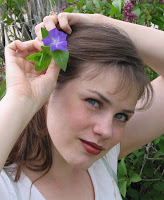 The other day when I blogged about the soon-to-be-released book in Aprilynne's "Wings" series, "Illusions", I noticed that there were a few comments that people had yet to read the series, and as I think that it is such a great series (that everyone should read), I thought that I would let people know exactly what the whole dealio is.
"Wings" is the first book in the series, followed by "Spells" and the aforementioned "Illusions". Here are just short little summaries of each of the books: 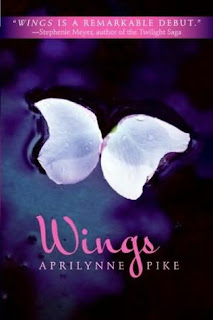 From Amazon: "Laurel was mesmerized, staring at the pale things. They were terrifyingly beautiful—too beautiful for words.

Laurel turned to the mirror again, her eyes on the hovering petals that floated beside her head. They looked almost like wings.

Laurel's life is the very definition of normal . . . until the morning when she wakes up to discover a flower blooming from her back. As it turns out, nothing in Laurel's life is what it seems. Now, with the help of an alluring faerie sentry who holds the key to her true past, Laurel must race to save her human family from the centuries-old faerie enemies who walk among them." 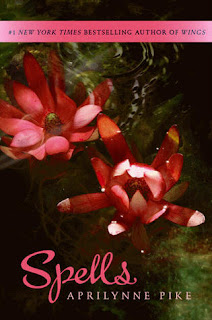 From Amazon: ""I can't just storm in and proclaim my intentions. I can't ‘steal' you away. I just have to wait and hope that, someday, you'll ask," Tamani said.

"And if I don't?" Laurel said, her voice barely above a whisper.

"Then I guess I'll be waiting forever."

Although Laurel has come to accept her true identity as a faerie, she refuses to turn her back on her human life—and especially her boyfriend, David—to return to the faerie world.
But when she is summoned to Avalon, Laurel's feelings for the charismatic faerie sentry Tamani are undeniable. She is forced to make a choice—a choice that could break her heart."
~~~~~~~~~~~~~~~~~~~~~~~~~~~~ 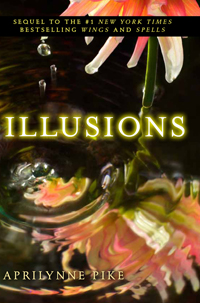 From Aprilynne's website: "Laurel hasn't seen Tamani since she begged him to let her go last year. Though her heart still aches, Laurel is confident that David was the right choice.

But just as life is returning to normal, Laurel discovers that a hidden enemy lies in wait. Once again, Laurel must turn to Tamani to protect and guide her, for the danger that now threatens Avalon is one that no faerie thought would ever be possible. And for the first time, Laurel cannot be sure that her side will prevail."

What I love about this series is that it is quite a different take on  faeries. Instead of being humanoid's, they are actually all living breathing plants that can walk and whatnot (seriously, it may sound weird, but it isn't). Because they are plants their wings are not like typical butterfly-ish wings, but they are actually large blooms (like the covers of "Spells" and "Illusions" I suppose). Furthermore, depending on what they eat, their hair can change colour (lots of green= green roots)... I kinda based my little Fairy/Elf doll heads off of this idea.

What I also really like is the storyline in general... In this story, age much faster than humans, and when Laurel looked like a 2 or 3 year old human, she was actually a 7ish year old fairy. Laurel is shocked when she finds out that she is a fairy hidden within the human world (her parents opened their door one day and found Laurel at age 2 or 3 trying to climb out of the basket that she was placed within, they then brought her in as their own)... Because of the age differences between humans and faeries, she learns that she is not a fifteen year old human girl but an almost twenty year old faerie. Furthermore, she learns that it was her choice to be placed within the human world ( faeries are educated at a very young age, they have an adult intelligence at 7 or so years of age), so when she was a 7 year old faerie (3 year old human), in order to help her people she chose to be placed within the human world and have all of her faerie memories erased. One of the memories that she has erased is of Tamani, her best friend who is in love with her. When she does come to terms with her past, Tamani is ecstatic because he believes that they can finally be together, however, Laurel has a human boyfriend David that is she unwilling to give up (I think that she is being a booger and needs to drop David ASAP). Does that make sense? Hope so! Anyways, it is a super unique take on the whole genre of faeries and unlike anything I have ever seen/ read before- so therefore, it is awesome!

One downside, in my opinion, is that the characters are 15 (well, as I mentioned Laurel is technically older than that, but as she has been raised as a fifteen year old human it is the age/ way she knows how to act)! Does anyone else out there ever feel weird about reading love stories about 15 year olds?!? I mean I wasn't 15 all that long ago, only like what(?) 5 years ago... But I sometimes just feel a bit uncomfortable reading about them and their little love lives.

Also, a little side note... The movie rights to this book were purchased by Disney. There has been discussion of Miley Cyrus playing Laurel (not going to lie, I hope that she doesn't, I think that someone like Evanna Lynch who plays Luna Lovegood in the "Harry Potter" movies would be much better).

Anyways, if you have yet to read this series, shame on you! ;) I swear it is really good and that the majority of you will really like (if not love) it!

PS. Don't forget to check out MY FANTABULOUS FIRST GIVEAWAY!
Posted by Avery at 2:47 PM